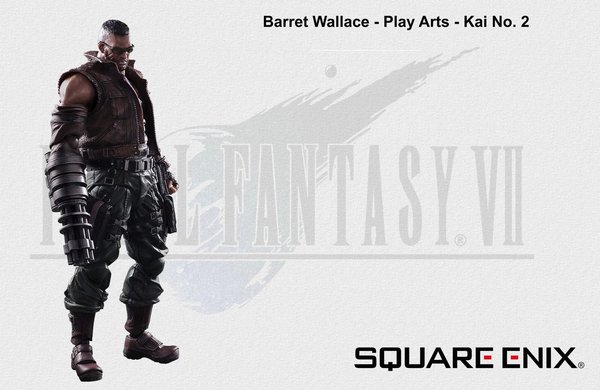 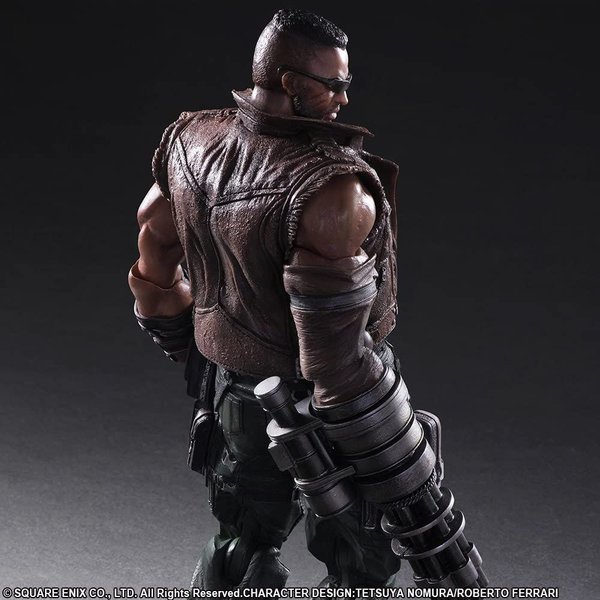 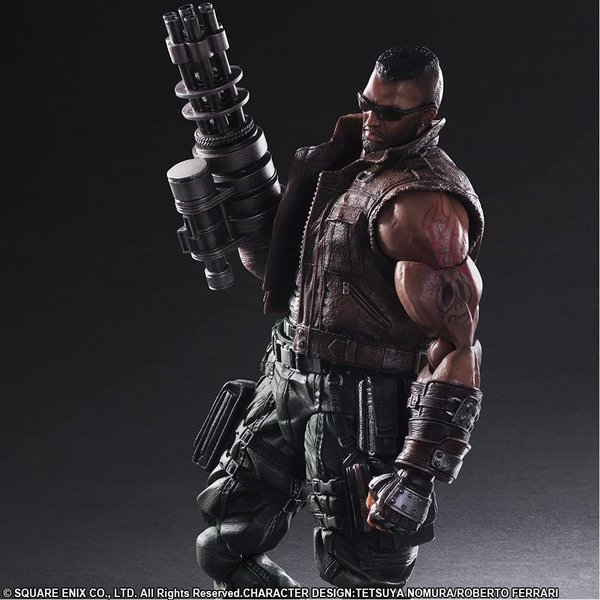 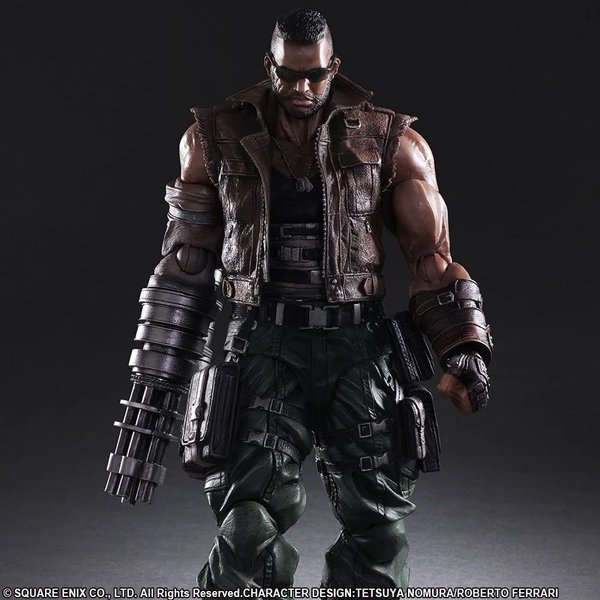 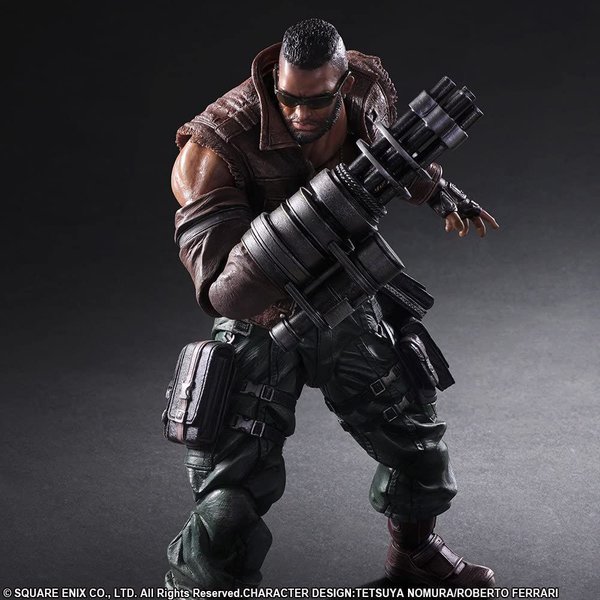 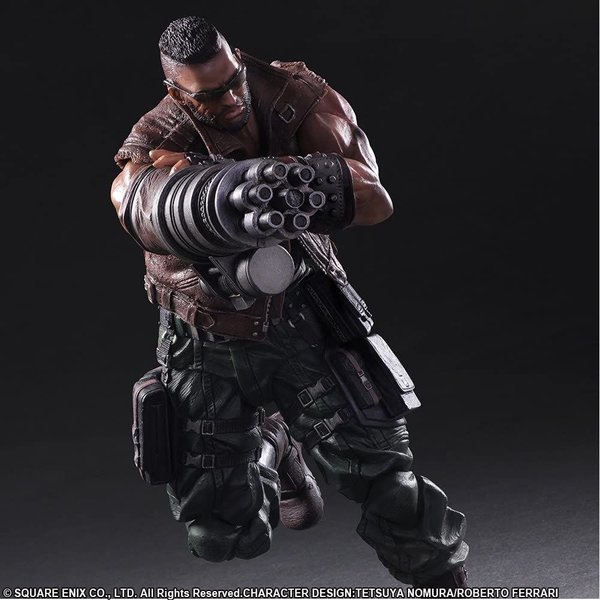 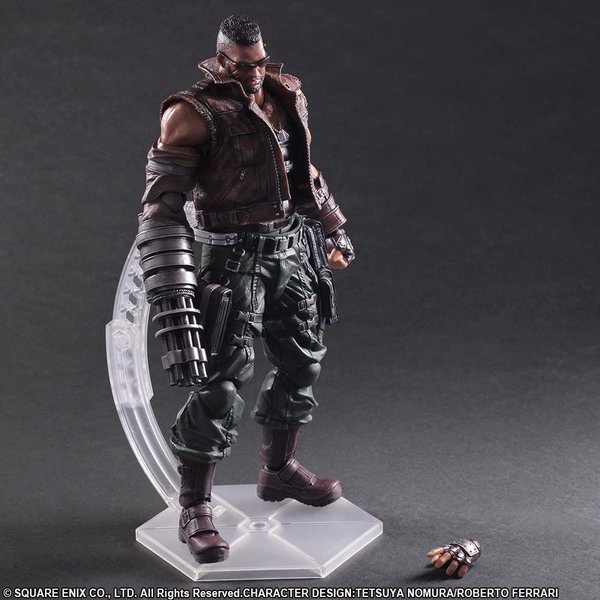 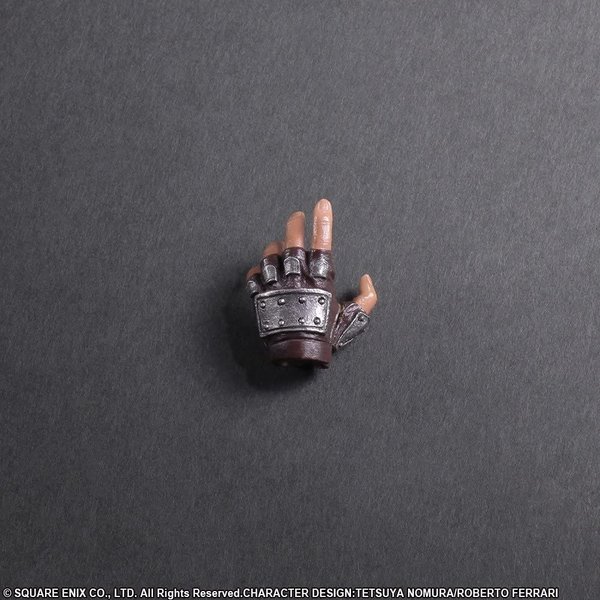 incl. VAT plus delivery
Only 1 in stock
Delivery time: 2 day(s)

His muscular physique has been recreated in all its intimidating glory, based on the refined appearance of the latest CG. Of course, his trademark gun arm is also meticulously recreated!His clothes and accessories have been finely treated for a weathered look. His sunglasses are made with translucent parts, making his facial expression visible. By taking textural realism to the extreme, our artists have produced a Play Arts KAI Barret that exudes a presence like no other.

Not suitable for children under three years of age.