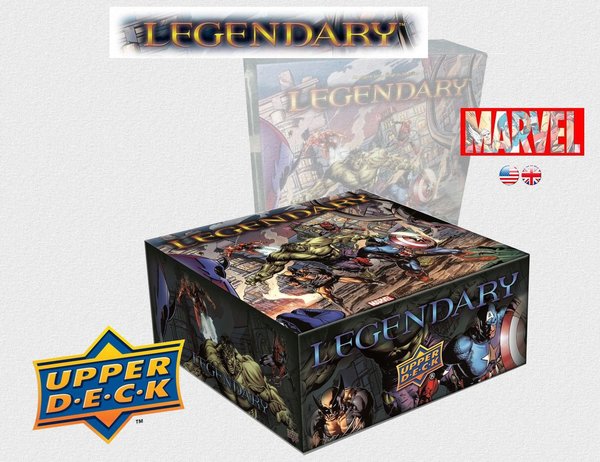 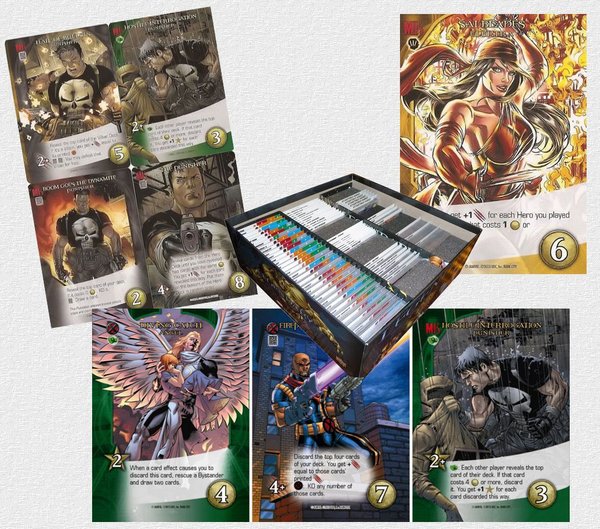 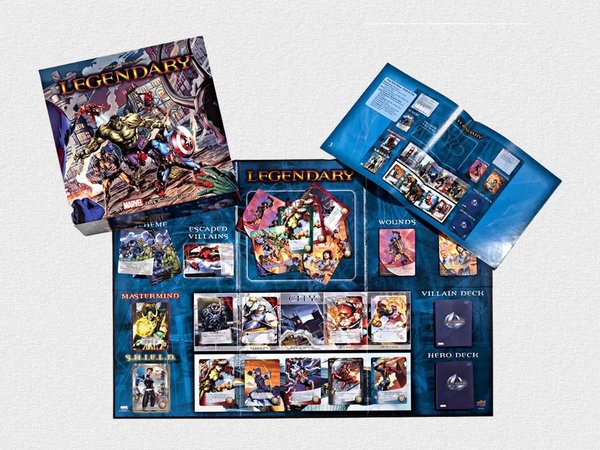 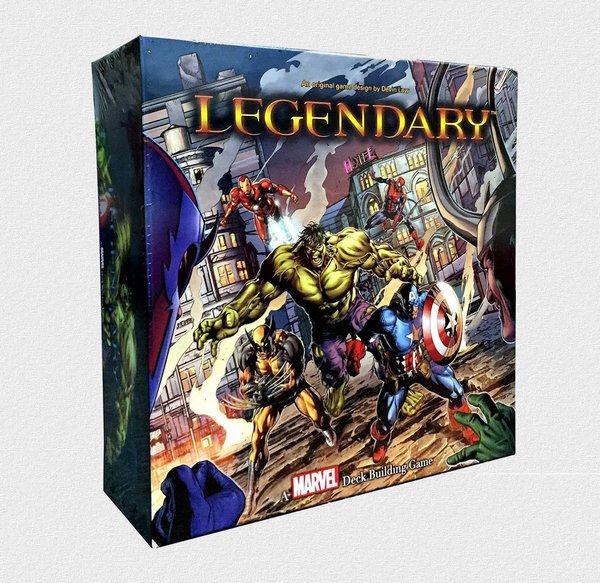 Game consists of 500 cards, Full color Game board & Color Rule Book - Like the Avengers or X-Men, players build their own super-team of spectacular Marvel superheroes, including Spider-Man, Iron Man, Wolverine, Hulk, and Thor! - Players create their own powerful combos on the fly, combining their heroes awesome abilities to take down nasty Marvel supervillains like Venom and Mystique. - Over the course of the game, recruit increasingly powerful Hero cards to add to your deck, building a stronger and stronger deck of the ultimate Marvel superhero combinations. - Easy to learn, with fast-paced gameplay. - Features incredible original artwork of Marvel heroes and villains. - Innovative Mastermind mechanics allow the game itself to fight back against the players: If players arent careful, villainous Marvel masterminds like Magneto, Loki, and Dr. Doom threaten to accomplish dark schemes and defeat all the players at once! - Designed by award-winning game designer Devin Low, former Head Developer of Magic: The Gathering®. - Strategy, depth, fun, and replayability make Marvel Deck Building Game (Name TBD) perfect for gamers and Marvel fans everywhere!